The EMU would like to inform on the passing of two of its honorary members. Through their life-time achievements and dedication, they have have significantly contributed to raising the profile of music schools and music education both in their countries and internationally, and played key roles in the development of the EMU. They will be dearly missed. 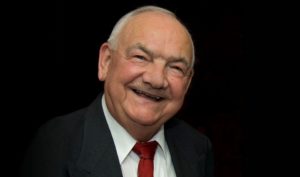 Josef Frommelt was cofounder and long-term director of the Liechtenstein music school as well as a member of the state parliament. Through his work and dedication, he greatly contributed to the advancement of music and cultural policies in the country. Besides his position as music school director, he was the conductor of the Liechtenstein association of music schools and, as an advocate of youth music and music pedagogy, he was a member of the board of the Swiss consortium dealing with this topic. After Liechtenstein joined the European council, he was a member of the delegation of parliamentarians and of the commission for culture and education. Thanks to his commitment, the first European year of music took place in 1985. He was president of the EMU from 1991 to 1999 and was elected as a honorary member afterwards. Josef Frommelt passed away on 18 November 2019. 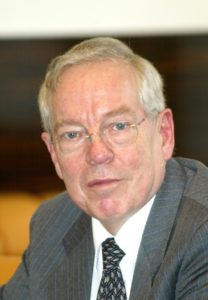 Rainer Mehlig was the federal managing director of the German association of music schools, VdM, from 1971 until 2005. During this time, he developed the association from initially 300 to 930 member music schools. He professionalised the work of the association and organised the first German music school congress in 1971. He was elected as honorary member of the VdM in 2005 to pay tribute to his lifelong dedication and commitment to music schools in Germany. Rainer Mehlig was cofounder of the EMU in 1973 and worked voluntarily as its secretary general until 1977. He was a delegate to the EMU representing the interest of the VdM until 2005. He was responsible for the conception of the the first European youth music festival in Munich in 1985, which attracted more than 9.000 young participants from 23 European countries. Rainer Mehlig passed away on 15 October 2019.