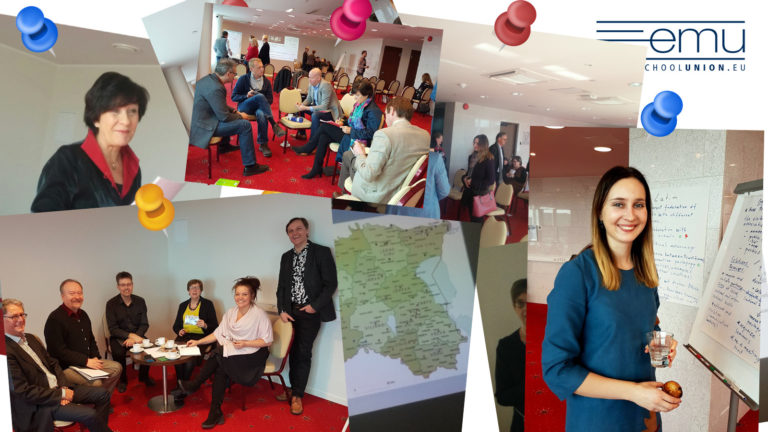 The second Meeting of the Boards organised by the European Music School Union took place on March 30 and 31 in Tallinn, Estonia. Following a first edition held in Berlin in 2015, the Estonian Union of Music Schools kindly offered to host this second edition in the Estonian capital. Around 30 board members of EMU member organisations as well as persons working in national music school associations from 12 European countries came together to discuss and exchange on commonalities and differences, strategies and visions of their respective organisations.

Opening The meeting was opened Helena Maffli, president of the EMU, who thanked the Estonian host for their warm hospitality and thorough preparation of the event. She emphasized that the Meeting of the Boards is not only meant as a platform to discuss the work of national music schools associations but also the opportunity to widen the circle to include a larger number of stakeholders. She proceeded to present the results of an online questionnaire carried out by the EMU ahead of the meeting. The questionnaire was answered by 14 EMU members and covered some basic aspects of the respective associations such as the annual budget of an organisation and the number of employees, but it also asked to name their most important challenges and opportunities as well as their expectations towards their European umbrella organisation, the EMU. Find the complete results of the questionnaire here.

Presentations Following this introduction, the second point on the agenda was meant to present the work of some members in greater detail. Three member organisations (Estonia, France and Switzerand) were asked to present an overview of their work under the title “EMU member organisations – challenges and possibilities”. Kadri Leivategija held the first presentation of the Estonian Union of Music School (EML) representing 95 (of a total of 116) music schools in Estonia. Christine Bouvard proceeded to present the work of the French association Fédération Francaise de l’Enseignement Artistique (FFEA) and of the Association of Swiss Music Schools (ASMS) of which she is the president. In the presentations, participants learned about the situation of music schools and their teachers in the respective countries and about their national umbrella organisations. This included describing the situation of music schools in the individual countries, brief overviews of the history of the respective national associations, details on how they are governed, basic facts and figures on their financing and overviews of some of their activities, including lobbying and advocacy activities, communications strategies and membership services.

Workshop After these presentations, participants were divided into smaller groups along rough geographical criteria, resulting in two Baltic groups, a Nordic, Latin and an Eastern European group, (which were) all chaired by one EMU board member. Christine Bouvard hosted the interactive session and described the overall procedure. In a first round entitled “How to develop national music and culture associations”, participants were asked to identify key elements and challenges in their work and to discuss the following questions:

After discussion and notes on a whiteboard, the individual groups would move clockwise to the blackboard of the next group to see the outcomes of the discussions of the other groups. Finally, having taken notes and written down questions, the most striking or interesting points and ideas were discussed in plenary.

A number of points were identified by several groups:

The Nordic group identified curriculum work as their first priority. The group also strongly discussed their work in a wider context, including global arts without frontiers, and lobbying on all levels. At the same time, the group identified the word “kids” as a key point, meaning that their work should not be too far abstracted from the target groups of the music schools. The Eastern group consisted of Czech and Serbian participants who discussed the following points and their relative importance for their respective organisations: pedagogical career development, legislative work, economic situation, and gaining more influence on legislation. The Latin group identified more collaboration with public schools as an important point, discussed the right balance between traditional and innovative pedagogy, underlined the importance of exchanging with other countries on this specific topic and identified advocacy work as a key element. The first Baltic group defined getting more government support as an important goal and, connected to this, strengthening their advocacy work. In terms of challenges, the group identified defining medium- and long-term goal as an important task. Regarding the expectations of their members, the group (also) identified study materials, seminars, festivals and competitions, but also discussed the challenge of: “members expecting that [the] national organisation board will solve all the problems”. The second Baltic group discussed career development, the importance of exchanging internationally on their work and good practices, festivals and capacity building seminars as expectations of their members, and also the importance of public relations and a good communication strategy. This group however was the only group that addressed the issue of dealing with authors’ rights. This topic was then (also) discussed in plenary where participants exchanged on whether their associations had ties to their national bodies dealing with authors’ rights.

Find a transcription of all whiteboard posters which also include some results from the second day of the meeting here: Nordic, Eastern, Latin, Baltic 1, Baltic 2

Another series of presentations was hold under the title “Success stories”. Willem van Moort started by presenting the work of BplusC (Bibliotheek plus Centrum voor kunst en cultuur) of which he is the CEO. The work of this organisation illustrates perfectly how one organisation can gather a multitude of actors, from libraries to music and art schools, to language schools and others under one roof. The concept of creating synergies by building strong ties across various cultural areas was discussed as a desirable goal by many participants on the previous day. This presentation was followed by a best practice example given by Miroslav Pikhart of how the AZUŠ ČR, the Czech Association of Basic Art Schools, in their role as an governmental advisory body, managed to change the state funding system for basic art schools. The previous system (that was in place leaded) led to regional inequalities in funding for the schools and was thus replaced by a more centralised concept. Find the presentation here. Following these presentations, the four regional groups of the EMU briefly presented themselves and their work. To date there are four regional groups: The Nordic, Visegrad 4, EMU LACHD and Onda Latina. The idea of these groups is to create a platform for national associations to exchange informally across regions that are similar to each other. The presentations that were hold gave insights into the different approaches the individual regional groups have. One major outcome of the Meeting of the Boards was that discussions on the creation of a fifth regional group, a Baltic group, were started.

Workshop Another round of discussions took place in smaller groups with the same concept as on the first day. However with this second round entitled “How to produce better services for our members” the focus was shifted from discussing general visions and challenges to finding results in the form of actual concepts and activities. Moreover, participants were also asked to write down the ideas and concepts they found most interesting on a postcard to take home and share with their respective associations. Of course, the individual priorities varied from one country to another, however the following points were mentioned several times: “kids”, meaning the focus on the target group of the work of music schools; a stronger involvement in “any kind of network”, but especially in international networks, such as EMU and its regional groups; general openness to cooperation and exchange, innovative pedagogical concepts and good practices; equal access to music and arts educations, raising the awareness for the social responsibility of music schools or addressing issues related to globalisation. While Lithuania was represented in the meeting, there is as of yet no national association of music schools in the country. Many members, especially from the other Baltic countries and the EMU itself, expressed their full support for and willingness to assist with the creation of such a national network.

The Meeting of the Boards was closed with discussions in plenary on the outcomes of the group work. Each country represented was asked to shortly state which points they found most important and would be taken with them on their postcard. Finally one postcard was also drafted for the EMU itself containing the following items:

These points immediately started informal discussions within the EMU board and team and will be reflected in future EMU strategic discussions and activities. 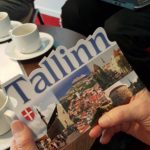 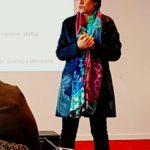 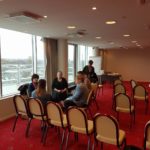 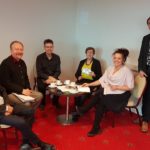 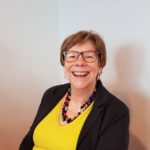 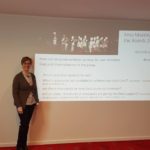 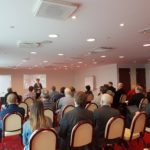 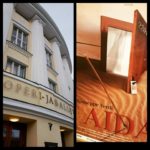 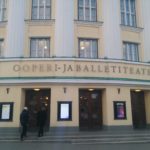 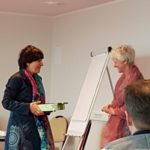 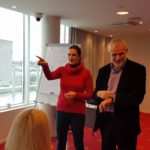 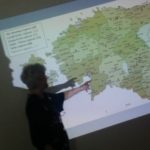 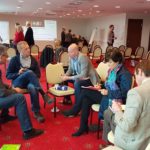 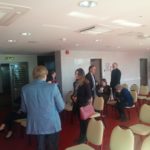 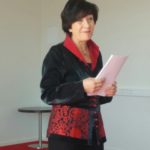 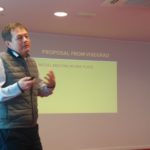 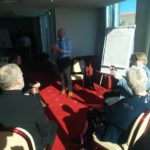 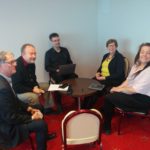 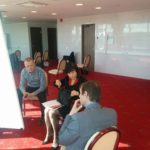 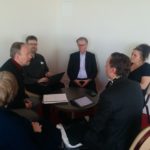 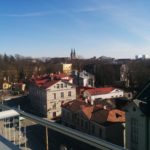 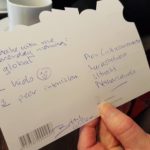